LG Wing is another hot release in 2020 after Microsoft Surface Duo, Samsung Z2 Fold, and Motorola Raz 2. The idea is to simplify multitasking.

Smartphone manufacturers have been in a race to give users an additional screen on gadgets that can perfectly fit in their pockets and LG Wing is actually making things even better.

LG Wing is a flagship from whichever angle you look at it. Below are the specs

Who is LG Wing for?

Introducing the all-new LG WING™ 5G—a revolutionary smartphone unlike anything else on the market. Its innovative multi-screen form factor, plus high- performance 5G connectivity* and a suite of content creation tools, enhance productivity and fuels every passion.

What works so well

A lens for every scene. Triple rear cameras include a 64 MP standard for incredible detail, and a 13 MP ultra-wide with a whopping 117° FOV. Take gorgeous selfies with the 32 MP pop-up front camera, and capture unbelievably smooth video with Gimbal Mode. 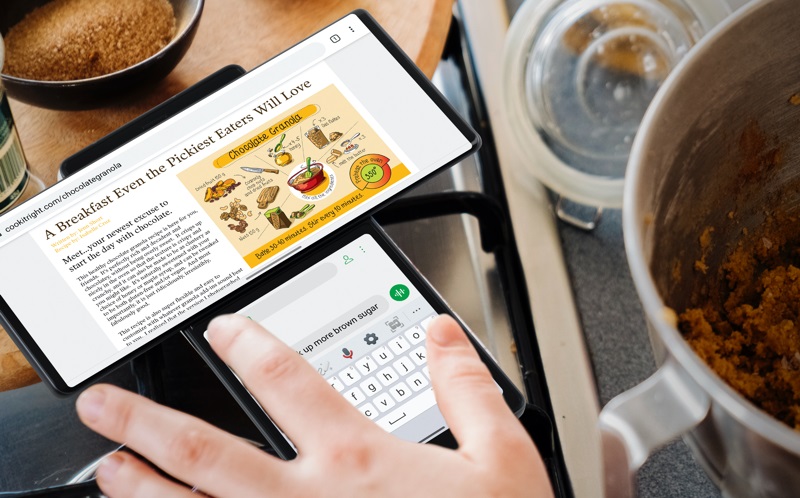 Lightning-fast 5G means lag-free streaming and glitch-free surfing*. Connect from anywhere and stay connected with a battery that will last all day.** Plus, the WING™ 5G passed rigorous testing of its hinge and pop-up camera, so you can multi-task and capture without worry.

Does the gimbal feature work with all rear cameras? A: No, this feature is only available on the 12MP “Ultra Wide Big Pixel” camera.

Q: Is the LG Wing water-resistant? A: The Wing packs an IP54 rating, which means it’s splash-resistant. You don’t want to immerse it in the water though, as it lacks the IP67 and IP68 ratings we see on water-resistant devices.

Q: Does the LG Wing have a 3.5mm port? A: Unfortunately, the LG Wing lacks a 3.5mm port. This means it’s quite possibly the first LG flagship without the port. The firm also says that it lacks quad DAC audio hardware as a result. Q: Does LG’s new phone support wireless charging?

Watch the LG Wing in action:

Q: How much internal storage is available on the phone? A: The Wing packs 128GB or 256GB of internal storage. phone manufacturers have been in a race to simplify multitasking.